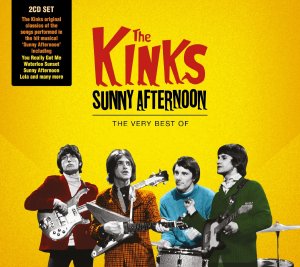 The Kinks have just dropped a stellar compilation album based on the soundtrack of the hit West End musical ‘Sunny Afternoon’. With 4 Olivier Awards and a host of other accolades, ‘Sunny Afternoon’ was the show to see in 2014 and now in 2015 you can have the entire soundtrack at your fingertips. Featuring tracks such as ‘Sunny Afternoon’, ‘Denmark Street’ and ‘Lola’ this is a must have album for new and old fans alike.

‘Sunny Afternoon’ is out now.