With a string of singles already under her belt, Shannon K is becoming something of a prolific artist when it comes to new releases. With three songs already unleashed in the past year, her fourth demonstrates a young pop artist who has really started to find her style.

Her best song yet, ‘Just Another Boy’ is a straight-forward, immediately accessible pop hit in the contemporary ‘girl power’ mould of Taylor Swift. Boasting genuine pop impact in the distorted vocals and the stilted but relentless rhythms, the track truly comes alive on the speedily delivered chorus.

But, just when you think you’ve got the track figured out, it takes a left turn in the shape of an airy, languid middle eight, which kicks back in once more with that superb chorus. The gradual build from there to the multi-layered ending is brilliantly produced and it’s a track to be proud of with its honest, confident and powerful lyrics: 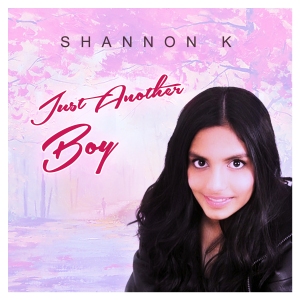 Hear the track for yourself: https://soundcloud.com/galaxy-of-stars/just-another-boy

Following on from anti-drugs single ‘Just Say No’ and festive track ‘Christmas Song’, this track marks a watershed move from Shannon K, moving on from the themed ideals of the previous releases and into serious pop territory.

No doubt it makes her father, Kumar Sanu, very proud – and he knows what it takes to make it in the music industry. A glittering career as a vocalist in Bollywood has seen him win a total of 69 awards including 64 in his native India (from Filmfare, Zee Cine, Kishore Kumarand more) plus 5 internationally (from Sunrise Radio-London, West Indian Academy, Grammy-West Indies, Bollywood Music-U.S.A. and Radio Lotus-South Africa).

With that kind of support behind her, and quality singles like ‘Just Another Boy’ now in the works, it won’t be long before Shannon K is up for her own awards.