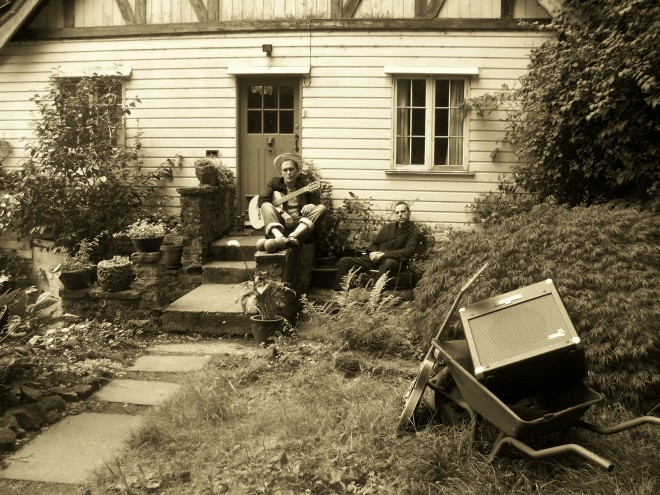 Meet ‘The zzips’ –living proof that Rock n’ Roll is not dead, and is in fact very much alive and kicking. A diverse duo made up of frontman James Butler and writing partner Graham Cupples. Bringing you their debut, yet eagerly anticipated, album ’20 Years Late’. Within their songs, they addressissues that are prominent within British society, and question the policies of consumerism, greed and elitism after partaking in social observation. The album is both a call to armsand a cry for revolutionand change, whilst some of the songs simply follow what happens within their day-to-day lives. Finding a release in the power of song-writing helped James through some serious personal difficulties for almost four years.

With an impressive résumé, and many famous faces among their fans, The zzips have already earned themselves a well-deserved prestigious reputation. Graham has supported Gary Numan, and James has opened for bands such as Oasis, Smash and Steps. In true rock n’ roll style, and following in the footsteps of some of the greatest rock artists,The zzips have also performed at Glastonbury festival.

Between the two of them they have written and produced their entire album, which in the era of the typical pop-culture boy-band genre, gives them a chance to display and show off their many talents. Alongside the music, James is a psychotherapist, working with Mindfulness Based Cognitive Therapy. His interest in psychology is often apparent in The zzips songs, consistently raising the question ‘Why?’

Think classic 90’s rock, with a modern Blues twist and challenging lyrics. There is a very bright future predicted for ‘The zzips’, make sure you’re a part of it! You can download their album from December 2014. Be sure to take a listen to some of the tracks on their Soundcloud: https://soundcloud.com/thezzips